HONOLULU, Dec. 2, 2019 /PRNewswire/ — Central Pacific Financial Corp. (NYSE: CPF) (the «Company»), parent company of Central Pacific Bank (CPB) («Bank»), announced today that John C. Dean, current director and former Chair and CEO of the Company and the Bank, has decided not to stand for board re-election at the April, 2020 Annual Shareholders Meeting.  Dean will retain the title of Chairman Emeritus and will continue to support the Bank’s interests in customer outreach, leadership development, and community engagement. 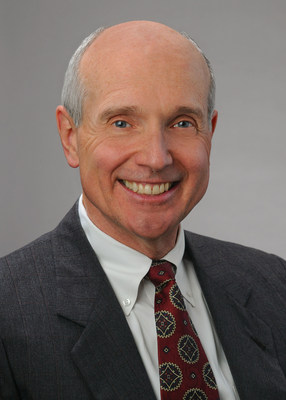 Dean, age 72, joined the Company as Executive Chair in March 2010, in the aftermath of the great recession and arranged for the recapitalization of the Company with $325 million in private equity funds.  He returned the Company to profitability in the first quarter of 2011 and was instrumental in the divestment of the Bank’s troubled assets and overall improvement in asset quality to high performance standards.  From Dean’s joining of the Company to September 30, 2019, the Company’s total assets increased from $4.4 billion to $6.0 billion and non-performing assets declined from $493.8 million to $1.4 million.  Stable profitability and a strong capital position enabled the Company to repurchase approximately 32.5% of its common shares outstanding since the first quarter of 2014.

«John Dean is truly a remarkable leader and individual, always leading by example, not only in business and finance, but also in our community,» said Paul Yonamine, Chairman and CEO.  «There is no other like John, and while we will miss his contributions, we wish him the best in his well-deserved retirement.»

«I have worked with John for almost the past 30 years and can truly say that he is in a league of his own,» said Catherine Ngo, President.  «We are eternally indebted to him for the turnaround and success of our Company, and for the strong core values he instilled into our corporate culture.»

As an executive in the financial services industry for the past 39 years, Dean has been credited for the turnaround of four major banks.  A graduate of Holy Cross College, a former Peace Corps Volunteer in Western Samoa, and a graduate of the Wharton School with an MBA in Finance, Dean was recognized by Business Week as one of Silicon Valley’s top 25 «movers and shakers» in 1997.  In 2001, he was recognized by Forbes as one of the «50 most powerful dealmakers,» and in 2012, Hawaii Business recognized Dean as «CEO of the Year.»

In Hawaii, Dean has been recognized and honored by numerous other organizations for his leadership and contributions to improving the quality of life in the State of Hawaii.  He currently serves as director of: Hawaii Community Foundation; Iolani School; Hawaiian Humane Society; Blue Planet Foundation; and Pacific Asian Center for Entrepreneurship and E-Business (PACE) at the business school of the University of Hawaii.  He was also engaged with the development of Kahauiki Village, a model program for permanent housing for the homeless in Hawaii and is now engaged with Ho’ola Na Pua and its Pearl Haven facility for girls who have been trafficked.

Dean is also a director of various technology and life science companies in Hawaii and on the Mainland, including: AGIS, LIVMOR, Elevate Credit, and iNDX.Ai.

Forward-Looking Statements
This document may contain forward-looking statements concerning projections of revenues, income/loss, earnings/loss per share, capital expenditures, dividends, capital structure, or other financial items, plans and objectives of management for future operations, future economic performance including anticipated performance results from our RISE2020 initiative, or any of the assumptions underlying or relating to any of the foregoing.  Forward-looking statements can be identified by the fact that they do not relate strictly to historical or current facts, and may include the words «believes,» «plans,» «expects,» «anticipates,» «forecasts,» «intends,» «hopes,» «targeting,» «should,» «estimates,» or words of similar meaning.  While the Company believes that our forward-looking statements and the assumptions underlying them are reasonably based, such statements and assumptions are by their nature subject to risks and uncertainties, and thus could later prove to be inaccurate or incorrect.  Accordingly, actual results could materially differ from projections for a variety of reasons, including, but not limited to:  the effect of, and our failure to comply with any regulatory orders or actions we are or may become subject to; oversupply of inventory and adverse conditions in the Hawaii and California real estate markets and any weakness in the construction industry;  adverse changes in the financial performance and/or condition of our borrowers and, as a result, increased loan delinquency rates,  deterioration in asset quality, and losses in our loan portfolio; our ability to successfully implement our RISE2020 initiative; current and projected levels of RISE2020-related expense, which include estimates of expense related to dedicated staff and management time and third-party expense; the impact of local, national, and international economies and events (including political events, acts of war or terrorism, natural disasters such as wildfires, volcanoes, tsunamis and earthquakes) on the Company’s business and operations and on tourism, the military and other major industries operating within the Hawaii market and any other markets in which the Company does business; deterioration or malaise in economic conditions, including destabilizing factors in the financial industry and deterioration of the real estate market, as well as the impact from any declining levels of consumer and business confidence in the state of the economy in general and in financial institutions in particular;  the impact of regulatory action on the Company and Central Pacific Bank and legislation affecting the financial services industry; failure to maintain effective internal control over financial reporting or disclosure controls and procedures; changes in estimates of future reserve requirements based upon the periodic review thereof under relevant regulatory and accounting requirements; the impact of the Dodd-Frank Wall Street Reform and Consumer Protection Act, other regulatory reform, and any related rules and regulations on our business operations and competitiveness; the costs and effects of legal and regulatory developments, including legal proceedings or regulatory or other governmental inquiries and proceedings and the resolution thereof, and the results of regulatory examinations or reviews;  the effects of the Tax Cuts and Jobs Act; the effects of and changes in trade, monetary and fiscal policies and laws, including the interest rate policies of the Board of Governors of the Federal Reserve System; inflation, interest rate, securities market and monetary fluctuations;  negative trends in our market capitalization and adverse changes in the price of the Company’s common shares; changes in consumer spending, borrowings and savings habits; technological changes and developments; changes in the competitive environment among financial holding companies and other financial service providers, including fintech businesses; the effect of changes in accounting policies and practices, including changes as may be adopted by the regulatory agencies, as well as the Public Company Accounting Oversight Board, the Financial Accounting Standards Board and other accounting standard setters; changes in our capital position; our ability to attract and retain skilled directors, executives and employees; changes in our organization, compensation and benefit plans; and our success at managing the risks involved in any of the foregoing items. For further information on factors that could cause actual results to materially differ from projections, please see the Company’s publicly available Securities and Exchange Commission filings, including the Company’s Form 10-K for the last fiscal year and, in particular, the discussion of «Risk Factors» set forth therein. The Company does not update any of its forward-looking statements except as required by law. 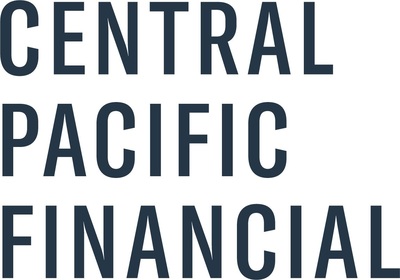